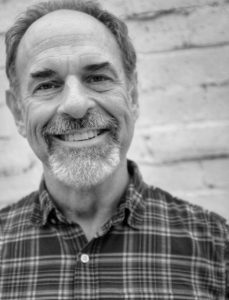 Jeff Gold is a Grammy Award-winning music historian, archivist, author and executive.  Profiled by Rolling Stone as one of five “top collectors of high-end music memorabilia” he is an internationally recognized expert who has consulted for the Rock & Roll Hall of Fame, Museum of Pop Culture (EMP), and various record labels and cultural institutions.

Gold’s 2016 book, Total Chaos: The Story of The Stooges/As Told by Iggy Pop was one of Rough Trade’s ‘Books of the Year’ and earned rave reviews in Rolling Stone, Mojo, Esquire and many other publications.  His 2012 book 101 Essential Rock Records: The Golden Age of Vinyl, From The Beatles to the Sex Pistols was one of eight books selected that year by Rolling Stone as “The year’s best reading material.”

A music historian and researcher, Gold has discovered a number of previously unknown tapes later released by major labels, including Bob Dylan at Brandeis University 1963 and unreleased performances by the Velvet Underground and The Stooges. He was a producer of the album Stone Free: A Tribute to Jimi Hendrix (with Eric Clapton and Jeff Beck) and worked on archival projects for Jimi Hendrix, Bob Dylan, the Grateful Dead and Gram Parsons.  His discovery of 149 previously unknown Bob Dylan acetate records received extensive media attention including articles in the New York Times, Wall Street Journal and USA Today.

In 2016, Gold and colleague Laura Woolley appraised The Bob Dylan Archive for Dylan’s management; he has also served as an archival consultant for former Rolling Stones bassist Bill Wyman and the estate of Leonard Cohen.

Gold has helped curate museum exhibitions including the Experience Music Project’s Beatlemania! and the traveling exhibit Bob Dylan’s American Journey.  He appeared as an expert authenticator/appraiser on PBS’s History Detectives and VH1’s television show Rock Collectors, and is profiled in the books “Vinyl Junkies” by Brett Milano and “Retromania: Pop Culture’s Addiction To Its Own Past” by Simon Reynolds.